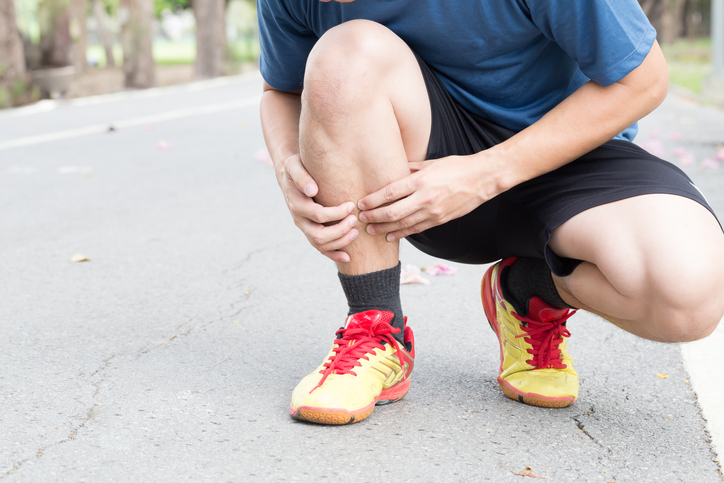 The lower leg is made up of two bones, the fibula and the tibia. The tibia is the larger of the two bones, and often known as the shinbone. The small, thin bone that runs alongside the tibia from the knee to the ankle is the fibula. The tibia and fibula are responsible for connecting several muscles that move the foot. The main muscle that bends the foot upward connects on the front (anterior) of the tibia, is called the anterior tibialis.

“Shin splints” is a general term that athletes and avid runners often give to pain they feel along the inside of their shin bone. Shin splints are a condition caused by inflammation to the anterior or posterior muscles, tendons in the lower leg, and adjacent soft tissue along the shin bone (tibia). In other words, the muscles of the lower leg pull on the periosteum or sheath, the membrane surrounding the shin bone and other muscles, resulting in pain and inflammation.

Shin splints are classified as an overuse injury, which often occurs when your legs are overworked, or you are introduced to new workout techniques. Sometimes your shins pick up the slack for other body parts that are weak. Those who have experienced the pain of shin splints know the frustration in dealing with this common injury, from increasing the number of miles you run too quickly, excessive training on hard surfaces, wearing unsupportive running shoes, or constantly running on your toes.

Symptoms of shin splints often come on gradually, and consist of pain over the inside lower part of the tibia or shin bone. There may be pain at the start of exercise, which often eases as the session continues, but if ignored and left untreated the pain will often come back worse during activity or later on.

Orthopedists treat issues affecting the bones, muscles, tendons, and ligaments, which makes them the smart choice of who to go and see if you have an ongoing pain that acts up during or after a run, such as shin splints. At Powell & Jones Orthopedic Center, we understand that pain along the front or inside edge of the shinbone is very common with athletes and avid runners. Shin splints can hinder your mobility and take you away from the activities you love to do. Whether you need therapeutic treatment, or proper guidance to avoid further pain, orthopedic doctors will often have specialized experience dealing with sports medicine. The more you procrastinate about getting the necessary treatment for your shin splint pain, the condition can worsen, resulting in further complications.

Our orthopedic surgeons at Powell & Jones Orthopedic Center focus on offering the best in diagnostic and therapeutic techniques available for treating conditions involving the muscles, bones, joints, and soft tissues, such as shin splints. Most importantly, we will do our best to help you return back to normal life, and doing what you love as quickly as possible.

Dr. Powell has taken care of my family through many fractures and sprains throughout the years. With two teenage boys we saw him often!! Great doctor!!! Always a pleasant experience.

Obtain the latest news on research and advancements in the field of orthopedics and sports medicine with our exclusive blog.